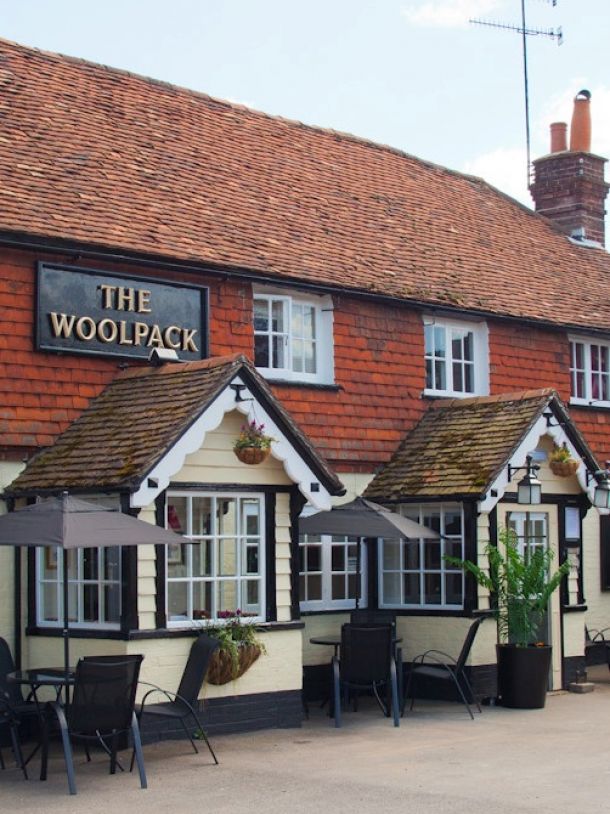 The next big influence in the history of Elstead would be the impact of the dissolution of the monasteries and the granting of land to the riches. Those supporting the King against the Catholic Church wanted a country estate to show off their newfound wealth. This is very evident around Elstead with land held by Waverley Abbey documented to have been granted in 1537 to Sir William FitzWilliam, and later in 1583 to the Browne family.

The mid-17th century was a key time for Elstead and surrounding villages as centres of the production of kersey woollen cloth. The “Woolpack” and the “Golden Fleece” suggest the importance of the trade in the area, and Elstead still had a worsted mill as late as the nineteenth century.

The Woolpack Inn is reputed to be an ancient building. It was originally a farm building, and in 1758 the property was sold to the Gaslin family, who were wheel-wrights. It remained in their hands until 1843. The western end was used during this time as a butchers shop.

The premises had been taken over in 1843 by Willian Smeed, a common brewer of Godalming. They included a cottage, barn, orchard and one acre of land. There were several changes of ownership until in 1877 Agate, a Horsham corn merchant, purchased the “Woolpack”.
It is rumoured that The Woolpack had been the scene of a murder at around this time, and to this day, various owners have reported ‘strange goings-on’ at the establishment.

Elstead was first recorded in 1128 when the Bishop of Winchester, William Giffard, bestowed all the lands of Waverley with meadow and pasture, together with two acres of meadow at "Helestede", with pannage or grazing for their swine and liberty to cut wood for fuel in his woods at Farnham, on the Cistercian monks from the Abbey of Aumone in Normandy.

With the arrival of the monks at Waverley, the surrounding area was dramatically influenced, not just as being the centre of religious life in the area, but because the monks were great sheep farmers.

During most of the medieval period, it was said that "England lived off the sheep's back". The sheep runs owned by the monks would require roads and bridges to move flocks and fleeces as well as storage for the fleeces in barns which still stand today in neighbouring villages. This fleece would have been bound for Guildford where it would have been spun and weaved into wool, making its mark on the great cloth industry. 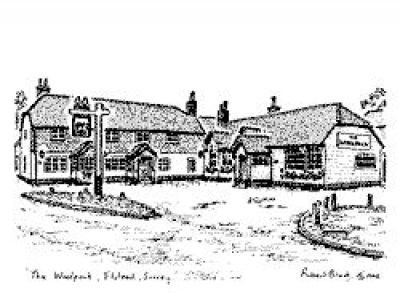 The life of the village changed considerably during the 19th Century. The village band was in existence by 1890, practising in the Club Room, which is now the present dining room. They organised cricket matches and were possibly responsible for the “new Coffee House, open all day” which sold “tea, coffee and cocoa at 1d. per cup, and soup, cake and buns at 1/2d. each, also paper, pen and ink”, as recorded in the Parish Magazine of December 1891. The small room on the end, as well as a butchers shop, had also been a cycle repair shop and then in around 1924, the Co-op.

There were three paintings from 1890 preserved in the “Woolpack”. They show the inn much as it is today, except the wing which is now the dining room was a simple lean-to and the brewers were Lascalles Tickner. Sadly, the paintings have now disappeared during the many changes of ownership.

In 2012 The Woolpack was lovingly renovated by current owners Gina and Gabi Dima, and remains at the heart of the community.

Source: adapted from 'Elstead Then And Now' by Gillian Drew